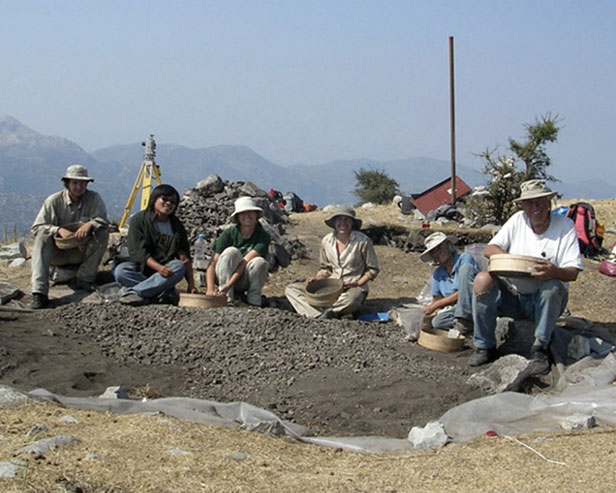 Towards the center of the area that is being identified as the Parrhasian Heritage Park is the Sanctuary of Zeus at Mt. Lykaion.

This sanctuary was known in antiquity as an altar of Zeus as well as the site of the famous Lykaion Games. We know now that this sanctuary on the southern peak of Mt. Lykaion was active from the Final Neolithic period in the 4th millennium BC and that it continued in use into the Hellenistic period. The sanctuary was known as the Arcadian birthplace of Zeus in ancient literature. The Parrhasia was the ancient region where Mt. Lykaion was located and the region is known from Homer’s Iliad. A number of other sanctuaries and several ancient cities are situated close by Mt. Lykaion and they were linked in antiquity.